Skip to content
Check out our new location in Frisco! 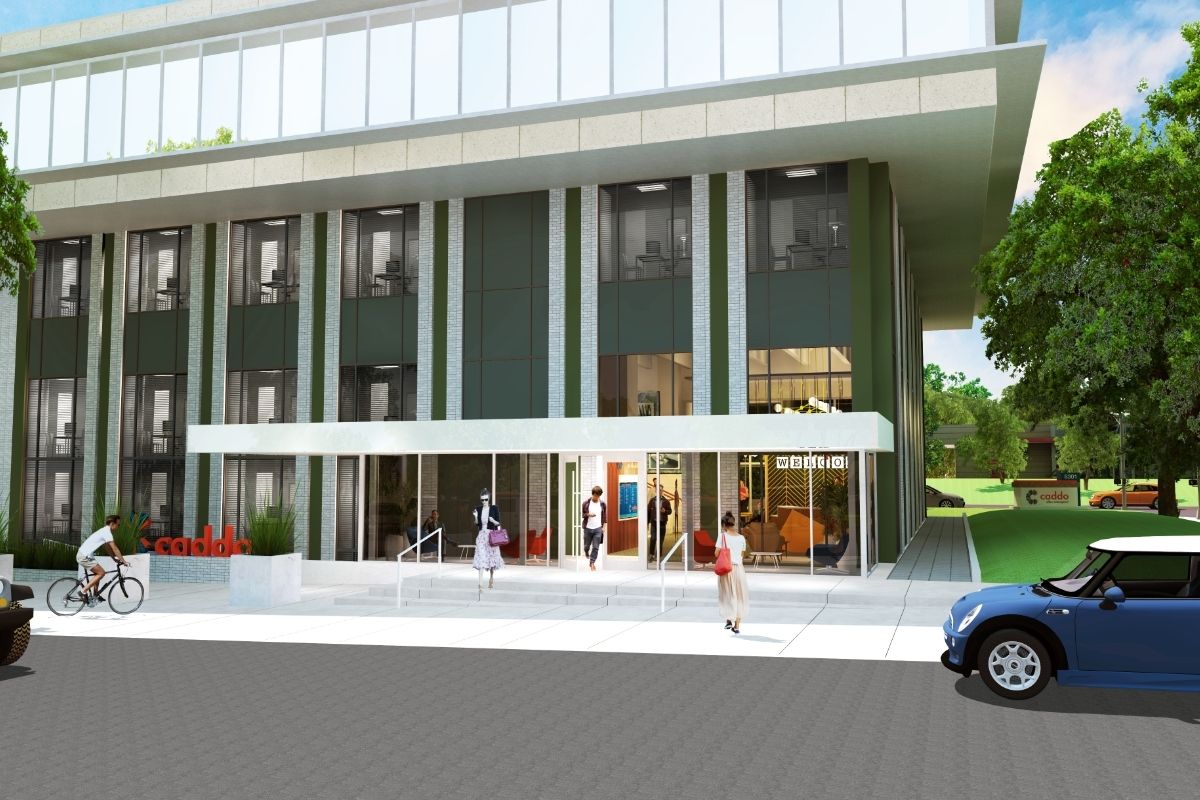 Over the last decade, the company has bought and sold more than half a dozen office buildings in Dallas, including its first, Lakewood Towers. It was at this property that the company began noticing the demand for smaller, more flexible office space.

“When we bought it, it was 60 percent leased and an entire floor had been damaged by a flood. Since we had to rebuild it quickly for insurance reasons, we ended up building these smaller, 600-1,000-square-foot spec suites and offered shorter, more flexible terms on them,” said Tim Slaughter, managing partner of Caddo Holdings. “What we found was that whole floor, which hadn’t been leased in like 20 years, got fully leased up in 90 days.”

Soon, the company began doing this with its other assets, converting the worst spaces in each building to spec suites and offering them at two-year minimum leases instead of the typical five years.

“We had a really good run with that, but one thing we learned during those 10 years was that the leasing model was broken for small office users. It was highly inflexible,” Slaughter said. “If things aren’t changing very fast with your business, I guess it’s okay, but when a recession hits or big changes do happen, people really like that flexibility and would benefit from more of it.”

“What we liked about this business model was that it was highly flexible, it offered private office space on no term, and it was turnkey ready. You can add an office if needed, or conversely, if there’s a recession and you have eight office suites but need to get down to four or two, you can do that in 60-day increments rather than five-year increments. I think that’s really the magic here,” Slaughter said.

The brand has three existing locations in McKinney, Allen and Plano. Each stand-alone building is about 40,000 square feet and offers roughly 160 private office suites. Other amenities include shared conference rooms, coworking common areas, cafes, on-site building management, dual feed internet connections that are the same across every location, and even plugs on every wall.

Two more locations are on the way in 2021. A former bank next to Lakewood Towers is being converted into a Caddo Office Reimagined location, while another is being built in Flower Mound. A second location in Plano is also on the way, set to deliver in 2022. While COVID-19 and shelter-in-place has caused Caddo Office Reimagined to lose some customers, the trend of flexible leases and working close to home has also helped bring business back.

“Given the fact that we don’t have any long-term leases, it was a bit white knuckle for a little while. We have something like 415 available suites in the three buildings we own, and I think we lost about 200 members during shelter-in-place. Since then, we’ve signed about 140 back. We haven’t gone below 80 percent occupancy even through shelter-in-place, which to me is a real testament to the power of the business model,” Slaughter said. “I think the pandemic has certainly opened people’s eyes to how important flexibility is and also how good it is to be close to home.”

More expansion is in the plans for Caddo Office Reimagined. Over the next few years, Slaughter wants to have 10 locations opened in Dallas-Fort Worth and 10 more across Texas. While the business would consider doing a redevelopment of existing space, like it’s doing in Lakewood, Slaughter says he wants to own each building and would not consider a lease or management deal.

While many questions remain about what office trends will last after the pandemic, the trend of flexible leases and flexible work environments has seemed to gain traction since shelter-in-place. Real estate companies are attempting to get ahead of these trends in a myriad of ways.