Skip to content
Check out our new location in Prosper! 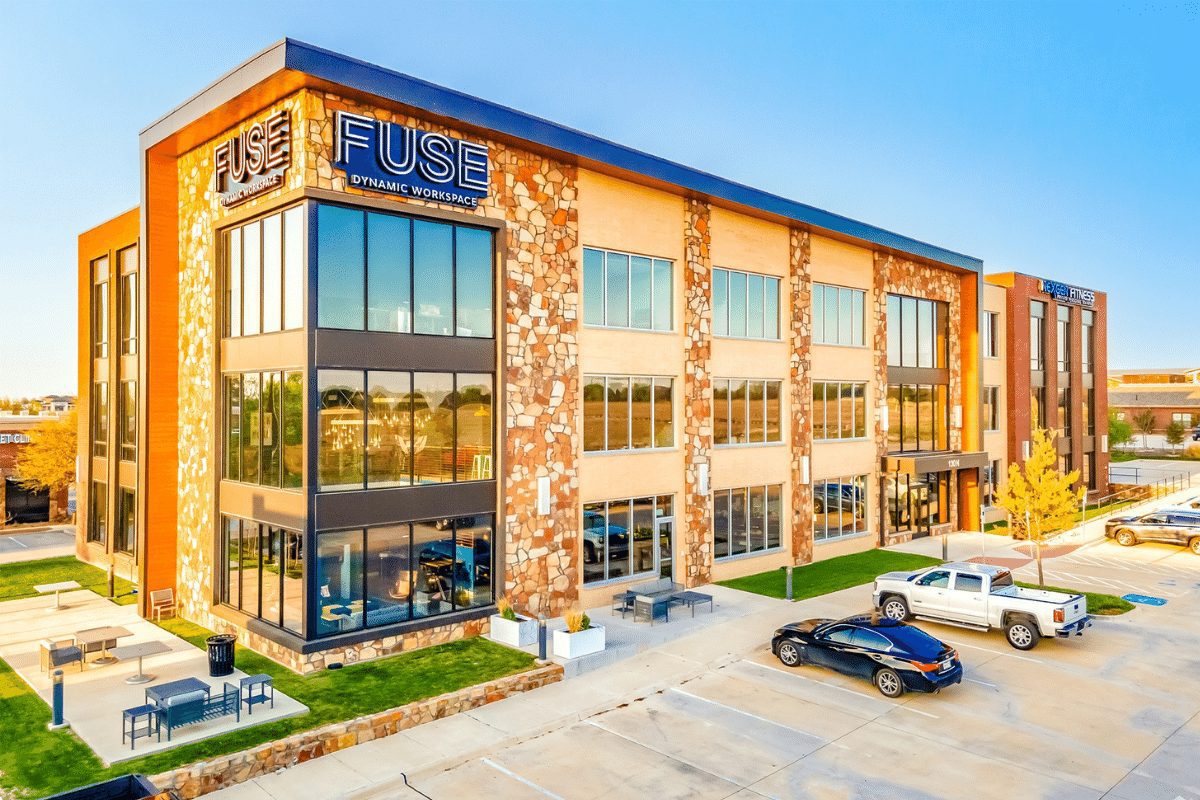 DALLAS – When Mike Daugherty, a second-generation hospitality executive and entrepreneur, went on the hunt about four years ago for flexible office space in the Dallas-Fort Worth suburb of Prosper, Texas, he was surprised to find so few options. That realization would change his career.

The co-founder of DPG Partners, a family-owned and -operated hotel development and management firm, took matters into his own hands and developed a 40,000-square-foot building near his home in Prosper, about 36 miles north of downtown Dallas, and launched a coworking brand called Fuse.

“It was the classic, I needed an office for me and couldn’t find one and realized there was a business here to serve bedroom communities in the suburbs,” Daugherty told CoStar News. “If you run your own business, you don’t need to go downtown every day. People want to work local.”

By offering a coworking option near where people drop off their kids at school and attend local events, Daugherty saw traction with members signing on from a variety of businesses, including startups, law firms, mortgage lenders and software companies. The rise in the building’s occupancy parlayed into Daugherty deciding to expand the Fuse brand in Texas with new locations opening in Austin and Houston in 2020.

Now Daugherty is selling the building at 130 N. Preston Road to focus on Fuse’s Central Texas expansion. The buyer, an affiliate of Dallas-based coworking operator Caddo Office, renamed the space Prosper Caddo Office Reimagined, marking the company’s seventh location in Dallas-Fort Worth. Terms of the off-market deal, which closed last week, weren’t disclosed. The building was last appraised at nearly $8.3 million, with more than $375,000 in business personal property in the build-out, county records show.

The deal for Fuse selling its Prosper location to Caddo had been in the works for about a year and could be the first of its kind in the United States where the real estate of a coworking location sells along with its customers, because most coworking companies don’t own the real estate they use, said Giovanni Palavicini, a principal at Avison Young’s Dallas office who represented Fuse in the deal. Palavicini, who works on coworking deals throughout the United States, said he’s unaware of a deal like this ever occurring before in the country.

The business model of both Caddo and Fuse includes owning the real estate where they have coworking operations, whereas most major coworking companies such as IWG, WeWork, Industrious and Serendipity Labs have been focusing on landlord partnership agreements for expansion. Such agreements reduce the risks for the coworking company and allow it to share profits with the landlord.

Caddo and Fuse “are very much aligned with their business models, where their entire buildings are coworking,” Palavicini told CoStar News. “There’s not very many of these owner-operators across the country, and it just so happens these two are located in our backyard” in the Dallas area.

The flexible space business isn’t without risk. The demand for coworking tenants can always change, as the pandemic showed early on, and economic conditions can also shift with higher inflation and interest rates rising, making companies and individuals decide to tighten their belts by doing more work at home.

Even so, Fuse plans to use the proceeds from the Prosper sale to help with its expansion in the fast-growing Texas capital, a move that can provide potential added demand to offset some of the risk posed by the economy. Fuse’s sole Austin location is about 30,000 square feet, and the company plans to buy office buildings between 25,000 and 40,000 square feet for future locations. The company could also develop a building from the ground up. In all, Daugherty hopes to open up to 10 locations in the greater Austin region.

“The number of people moving to Austin is so unreal, but it’s not in the population centers or in downtown Austin,” Daugherty told CoStar News. “It’s mostly growing in the suburbs.”

That migration to the Austin suburbs is something Daugherty can relate to — and something he is betting on happening even more in the future. He already has two office buildings under contract in the Austin region with plans to open new Fuse locations before the end of the year, he said.

“We are working aggressively on some other suburban areas of Austin,” Daugherty said. “We are targeting mixed-use locations with quality co-tenants.”

For Fuse, he said, the ideal retail tenants could include a Starbucks, restaurants, a brewery, or even retailers that help would-be members do their day-to-day business, including a dry cleaner, bank, or a place to grab breakfast or lunch within walking distance. About 90% of Fuse’s members live within 10 miles of a location, he added.

John Herring, president and partner at Fuse, who will oversee the company’s staffing plan in Austin, said the brand aims to bring more of a hospitality mindset to its coworking locations than its rivals.

“We are a little more full service than other coworking offerings,” said Herring, who also works as a volunteer chaplain for the Prosper fire and police departments after a previous career in ministry work.

For members, Fuse can charge $700 per month for a small office or up to $3,500 per month for team suites for 10 workers. Once Fuse builds out its Austin network of locations, the company plans to start growing its locations in Houston.

“For us, it’s better to focus on one market,” Daugherty said. “Austin is the highest-performing in terms of occupancy and rent, and that’s where we plan to focus in the next two to three years.”

With the purchase of the former Fuse location in Prosper, Caddo plans to continue building out its network in Dallas-Fort Worth, the nation’s fourth-largest region with more than 7.7 million residents.

Caddo, once an investor in Class B office buildings in Dallas-Fort Worth, stopped investing in multitenant office buildings with the sale of Mockingbird Towers in April 2020 to commit to coworking as its full-time gig.

It made sense to continue owning its real estate as it moved forward as a flexible space operator, said Tim Slaughter, a partner at Caddo Office Reimagined.

“We love small businesses because we are one, and we can relate to the non-Fortune 500 companies,” Slaughter told CoStar News. He is asking members at the new Prosper Caddo Office Reimagined location what they want in an office, with plans to upgrade some of the space in the building.

Caddo expects to finish construction on its eighth location at 4324 Mapleshade Lane in Plano, a suburb of Dallas, by mid-October. The company is under contract on several more parcels of raw land in outlying suburbs, Slaughter said. He declined to share additional information on the yet-to-close real estate deals.

In the next year, Caddo hopes to add two or three locations in Dallas-Fort Worth, with plans to enter a new U.S. market in the near future. Executives have already begun touring Denver and other cities they declined to disclose.

“We are bringing on a new COO who has coworking experience and has opened new locations,” Slaughter said. “He will really help us evaluate and extend our operations to a new city. It’s most probable that new city will be inside Texas, but we’ve also been to several markets outside of Texas. One thing we want to be sure of is that our brand translates into a new market and not get out over our skis.”